A Brief History of Estero Island

The reputation of Fort Myers Beach as a sleepy beach community belies its original roots as home to Indians and a number of adventurers. Some of its tumultuous histories include the unlikely combination of pirates, homesteaders, and mosquitoes. Today, Estero Island and its sister island, San Carlos, make up the community of Fort Myers Beach.

Estero Island was once the center of the Caloosa Indian heartland. This geologically young barrier island was formed well after the Earth's last ice age. Before the arrival of the white man, the Caloosa Indians used many of the Florida West Coast islands as their hunting and fishing grounds. "Shell Mounds," or the remains of their meals and community debris, mark Estero Island and other critical landmarks around Fort Myers Beach.

Historians agree that Juan Ponce de Leon and his men were the first to see Florida and gave the lush state its name in the early 1500s. They were followed by many other European explorers seeking their fortune. The Caloosas bitterly resisted these arrivals. In 1566, a fortune hunter named Menendez landed near their hunting grounds on the beach and killed King Carlos, the Chief of the Caloosas, and 20 of his men. It is from this event that the name "Carlos" dominates much of the West Coast nomenclature, including Carlos Bay, Carlos Pass, and San Carlos Island. The Caloosas' origins remain shrouded in mystery, but some scholars believe they may have traveled by rafts from Mexico's Yucatan Peninsula. Ultimately, they met their demise from many of the diseases the European explorers brought with them, including measles.

Explorers were not the only sailors frequenting the Western Coast. During the 1870s, pirates dominated along the shores of Black Island. After defeat by the US Navy, a renowned pirate by the name of Black Augustus (for whom the island was later named), took his loot and settled on the island. The family of John Butterfield squatted on Mound Key in Estero Bay during that time, providing the aging pirate with sugar, coffee and other luxuries in exchange for vegetables. When the pirate finally died, legend has it he repaid the Butterfield family by showing them where to dig for treasure. Rumors of forgotten and still-buried treasures abound.

The Sam Ellis family was the first white family to stay on Estero Island on the Shell Mound on the Bay during the late 1870s. Rather than settling permanently, they later moved to Sanibel where they homesteaded a tract of land at the head of Tarpon Bay. Many of the "homesteaders" who filed the original patents failed to settle permanently because of the difficulties in battling storms and resulting crop issues. In fact, in 1899, a freeze hit Florida with temperatures as low as two below zero in Tallahassee, killing trees, oranges and other fledgling crops. It was so cold in the Western part of Florida, legend has it, that thousands of chilled migratory birds fell out of the sky to freeze on the ground.

The last homesteader to stake his claim on Estero Island in 1914 was    Leroy Lemoreaux, who cleared his land and survived by growing vegetables and fishing. In several historical tracts, Lemoreaux muses over which was the worst predator - the bears and panthers who stalked the island -- or the lethal mosquitoes clouding the air. In the 1890s, the only weapon against marauding mosquitoes was smoke; this was all before the time when a bridge linked the island to the mainland of the Fort Myers area. In 1921, the first bridge built was a wooden swing bridge which charged 50 cents for five people. The 1926 hurricane washed it way and severed the neck of land attaching San Carlos to the mainland, rendering it an island. Today it's still referred to as Hurricane Pass.

During the World War II years, the growth all over Florida flattened, but by the early Fifties, the area "caught on" again. Fort Myers Beach grew as more of a permanent destination than a visitors' stop. Tourists were slow to discover Fort Myers Beach as it was at the end of the road, and not particularly well lit.

There were no motels although hotels existed and several cottage courts flourished. It's only been 20 years that the Beach has been "rediscovered" as gentrification projects and new shopping and dining areas in this coastal community.

A great source of pride to the area is the deeply rooted Fourth of July and Blessing of the Shrimp Fleet celebrations. For many years, the Beach was the site of the only major fireworks show in the county. In colder weather in March, the community celebrates the blessing of the fleet with a week-long Shrimp festival, including many unique dishes based on the popular "pink gold" shrimp. 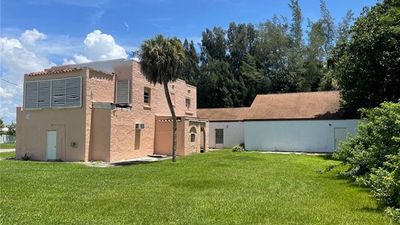 For ADA assistance, please email compliance@placester.com. If you experience difficulty in accessing any part of this website, email us, and we will work with you to provide the information.
Your Island Experts

Sign Up
Already a User? Sign In
You have been successfully registered
Please check your email.
Go to the homepage
Sorry something went wrong
Please try again.
Try again

Let us be your Realtor!

Please complete this buyer request form and one of our friendly professionals will be happy to get back to you as soon as possible and assist in your Fort Myers Beach area real estate search!
Already a User? Sign In